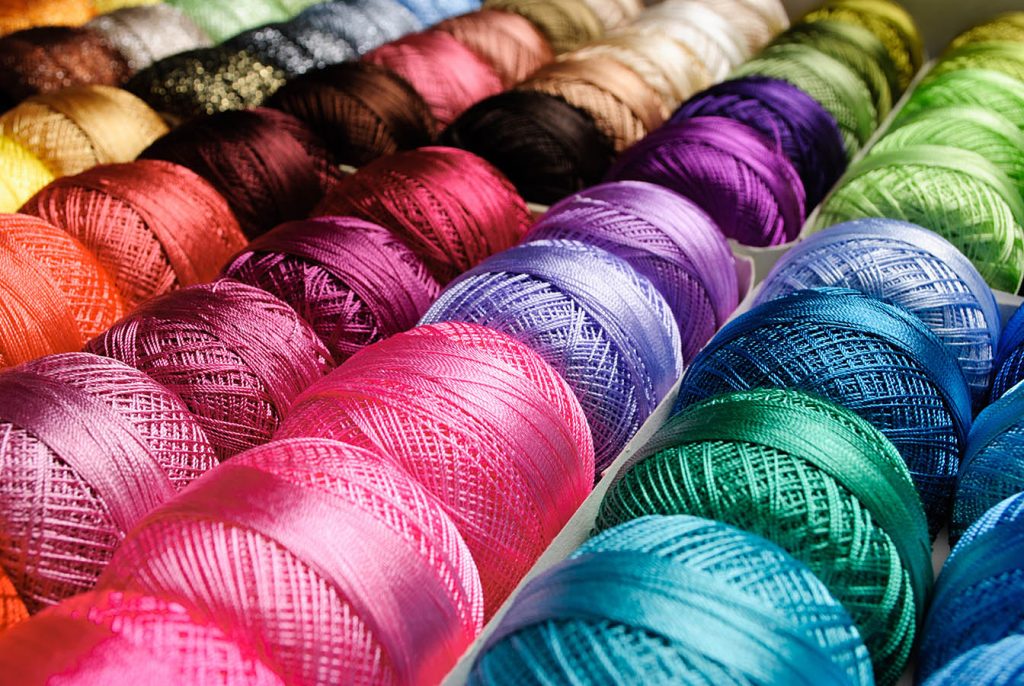 Spinning is a major part of the textile industry. It is part of the textile manufacturing process where three types of fibre are converted into yarn, then fabrics, which undergo back processes such as singeing, desizing, washing, equalizing bleaching, dying, printing and finishing process to become textiles. The textiles are then fabricated into finished fabrics, garments, home textiles, clothes or other products. There are three industrial processes available to spin yarn, and a handicraft community who use hand spinning techniques. Spinning is the twisting together of drawn out strands of fibres to form yarn, though it is colloquially used to describe the process of drawing out, inserting the twist, and winding onto bobbins. In simple words, spinning is a process in which we convert fibres by passing through certain processes like blow room, carding, drawing, combing, simplex, ring frame and finally winding into yarns. These yarns are then wound onto the cones.

Artificial fibres are made by extruding a polymer through a spinneret into a medium where it hardens. Wet spinning (rayon) uses a coagulating medium. In dry spinning (acetate and triacetate), the polymer is contained in a solvent that evaporates in the heated exit chamber. In melt spinning (nylons and polyesters) the extruded polymer is cooled in gas or air and sets. All these fibres will be of great length, often kilometers long.

Natural fibres are either from animals (sheep, goat, rabbit, silk-worm), mineral (asbestos), or from plants (cotton, flax, sisal). These vegetable fibres can come from the seed (cotton), the stem (known as bast fibres: flax, hemp, jute) or the leaf (sisal). Without exception, many processes are needed before a clean even staple is obtained – each with a specific name. With the exception of silk, each of these fibres is short, being only centimetres in length, and each has a rough surface that enables it to bond with similar staples.

Ring-spinning is the most common spinning method in the world.[citation needed] Other systems include air-jet and open-end spinning. Open-end spinning is done using break or open-end spinning. This is a technique where the staple fibre is blown by air into a rotor and attaches to the tail of formed yarn that is continually being drawn out of the chamber. Other methods of break spinning use needles and electrostatic forces.

The processes to make yarn short-staple yarn (typically spun from fibres from 0.75 to 2.0″) are blending, opening, carding, pin-drafting, roving, spinning, and—if desired—plying and dyeing. In long staple spinning, the process may start with stretch-break of tow, a continuous “rope” of synthetic fibre. In open-end and air-jet spinning, the roving operation is eliminated. The spinning frame winds yarn a bobbin. Generally, after this step the yarn is wound to a cone for knitting or weaving.

In mule spinning the roving is pulled off a bobbin and fed through rollers, which are feeding at several different speeds.This thins the roving at a consistent rate. If the roving was not a consistent size, then this step could cause a break in the yarn, or could jam the machine. The yarn is twisted through the spinning of the bobbin as the carriage moves out, and is rolled onto a cop as the carriage returns. Mule spinning produces a finer thread than the less skilled ring spinning.

The mule was an intermittent process, as the frame advanced and returned a distance of 5ft.It was the descendant of a 1779 Crompton device. It produces a softer, less twisted thread that was favoured for fines and for weft.
The ring was a descendant of the Arkwright water frame of 1769. It was a continuous process, the yarn was coarser, had a greater twist and was stronger so was suited to be warp. Ring spinning is slow due to the distance the thread must pass around the ring, and similar methods have improved on this; such as flyer and bobbin and cap spinning.
Sewing thread, was made of several threads twisted together, or doubled.
The pre-industrial techniques of hand spinning with spindle or spinning wheel continue to be practiced as a handicraft or hobby, and enable wool or unusual vegetable and animal staples to be creatively used.

Checking
This is the process where each of the bobbins is rewound to give a tighter bobbin.

Folding and twisting
Plying is done by pulling yarn from two or more bobbins and twisting it together, in the opposite direction from that in which it was spun. Depending on the weight desired, the yarn may or may not be plied, and the number of strands twisted together varies